Depressed? Talk to our Doctor

Depression is a continuous low mood over a long time, affecting both mental and physical health.

Depression is the most common mental disorder affecting 45.7 million people in India. National Mental Health Survey of India, 2015-16 reported that depression was higher in females aged 40-49 years and among those residing in urban metros. Approximately, 9.8 million teenagers in the age group 13-17 years suffer from depression 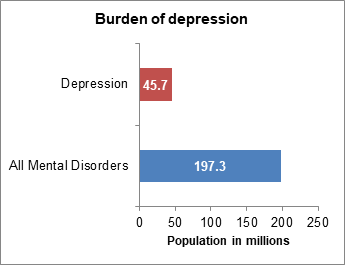 The burden of Depression in India

The prevalence of depressive disorders is estimated to be 2.7% for men and 3.9% for women. 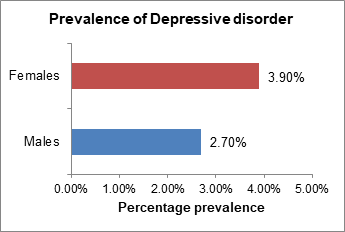 Depression in Males vs Females in India

The exact cause of depression is not known. It could result from the interaction of genes, environment, and hormonal changes.

Women are more likely to develop depression than men 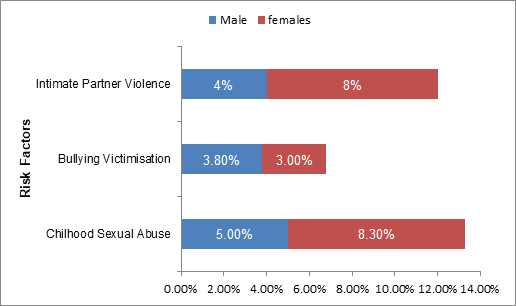 People with depression may experience the following in general:

Signs and symptoms specific for men and women (source)

Should these efforts not work, one can ask a doctor online for privacy issues to reinstate normal health.

What percentage of depression is caused by the school?

How common is depression statistics?

Depression is the most common mental disorder in India.

Is depression a physical illness?

Depression is a mental illness but increases the risk of physical symptoms.

How does it feel to be depressed??

Sadness, hopelessness, worthless, loss of interest in all activities etc. are some common symptoms.

What depression can cause?

Looking for a Doctor Advice?