Alzheimer's disease - A present-day concern that can’t be FORGOTTEN! 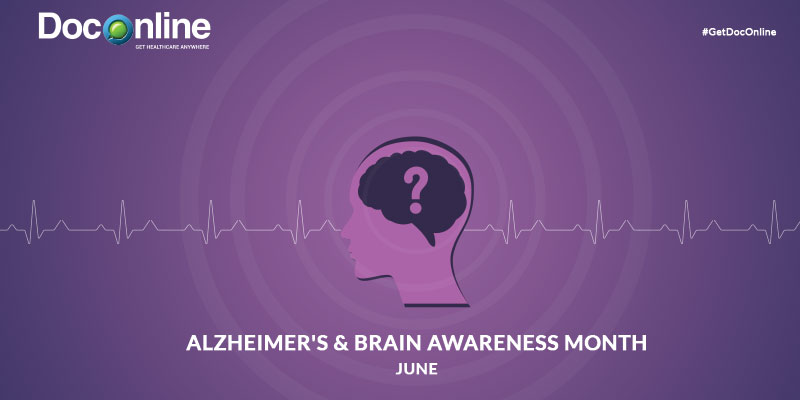 Mukesh Mehta, 62, was looking forward to a peaceful life following his retirement. However, what followed next was something quite unexpected. First, while on a morning walk, he started to forget the usual path of 30 years that he regularly took back home. Then he insisted that he had lost his glasses when he had them dangling around his neck. Then, with time, his behavior would alter, and he would experience mood swings. As time advanced, he was unable to remember even the most recent conversation he was currently having with a visitor. What was worse was he was gradually not able to recollect the names of his own ones or even recognize his grandchildren. This is the story of Mukesh Mehta.

While his case was diagnosed in the nick of time, there are many such Mukesh Mehtas whose ailments have not been diagnosed yet. They are the tragic sufferers, silently bearing the trauma of their fading memories.

Have you come across such Mukesh Mehtas? They are mostly among the elderly, who tend to forget every now and then! Simple and regular things. For instance, getting lost on a known route, misplacing personal belongings, asking repetitive questions and conversations, inability to recognize familiar faces, objects and more. If that be so, then you are interacting with people suffering from Alzheimer's disease.

With an increasing elderly population in India, about 1.6 million are suffering from Alzheimer's disease, which is expected to triple by 2050. In recent times, it has attracted a great deal of medical research with the growing number of victims.

How did the disease get its name?

Back in 1906, Alois Alzheimer, a German doctor diagnosed a patient with memory and thinking problems. Later, after the patient’s death, he noted that part of the patient’s brain had shrunk. After 4 years of association with a psychiatrist, he coined the name for the condition.

What is Alzheimer's disease?

Alzheimer's disease (AD) is a neurodegenerative disease that starts slowly and gradually deteriorates over time. It is the precursor leading to about 60% to 70% cases of dementia. It is characterized by difficulty in remembering recent events, disorientation, mood swings and problems with language to name a few. It starts with memory loss, spatial disorientation in people above the age of 65 yr. It tends to affect females more.

Broadly speaking, there are 3 stages of Alzheimer's:

It is a condition where the brain cell connections and the cells themselves progressively degenerate and die, resulting in the destruction of memory and other important mental functions. As such, memory loss and confusion are the main symptoms.

The exact cause of Alzheimer's disease is still unknown. Genetic issues involving many genes are thought to account for about 70% of its occurrence. There are other factors like head injury, hypertension or depression that precipitate Alzheimer's. During diagnosis, the initial symptoms can often be mistaken for normal ageing. Brain tissue examination is needed for a definite diagnosis.

Sleep disorders such as breathing problems and sleep apnea, if left untreated can cause Alzheimer’s. It has been seen so far that there are no medications or supplements that have shown to decrease the risk.

How to reduce the risk of Alzheimer’s?

A cure for Alzheimer’s is not found yet. Some precautions can be taken to delay the process. These are as follows:

Thus, while a cure to Alzheimer’s is yet to be found, it is important to take necessary precautions that can arrest the condition from getting aggravated further. After all, it is all about adding value to the individual’s life and making it more meaningful!

Talk to a Doctor NOW!