Autism: All you need to know 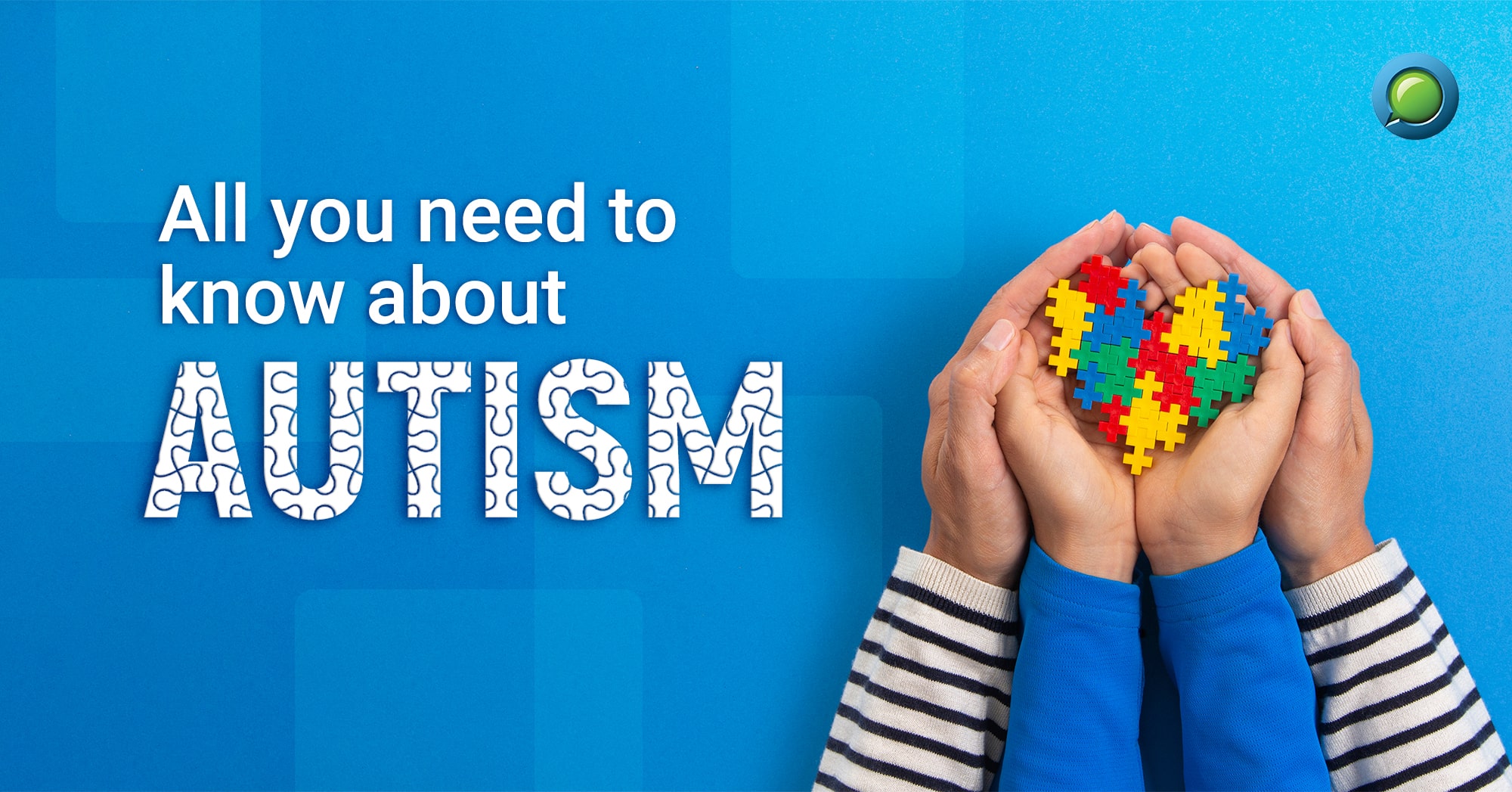 Autism, or Autism Spectrum Disorder (ASD), is a neurodevelopmental disorder that stays lifelong and affects one’s ability to perceive, socialize and communicate with others. Issues such as challenges with social skills, repetitive behaviors, speech, and obsessive interests characterize ASD.

People with Autism find it difficult to understand what other person is thinking or feeling and consequently they can’t express themselves.

How common is autism?

As per WHO, 1 in 160 children has Autism worldwide affecting boys 4 times more commonly than girls.

What is the cause of Autism?

The exact cause is unclear but studies have reported that a combination of multiple factors such as genetic, metabolic, environmental, and neurological issues may contribute to the risk of developing Autism. These factors may impact early brain development and affect how the brain nerve cells communicate with each other.

Genetic factors have a major role play in the causation

Symptoms of ASD appear before 3 years of age, usually between 12 months to 24 months, however, some children may show symptoms [such as lack of eye contact] during early infancy.

Every autistic child has a unique pattern of behavior and level of severity, so no 2 kids will have the same symptomatic profile. One kid may have a problem with learning and the other may be intelligent but trouble communicating.

Common symptoms of autism include:

Restricted or repetitive patterns of behavior

How is Autism diagnosed? Is there a test for it?

There is no medical test to diagnose ASD. A diagnosis is made by a paediatric psychologist or pediatrician based on development and behaviors. The series of the questionnaire is given to the primary care provider and evaluation is done to know if there are any deficits in social communication and interaction, and if a child shows limited repetitive behaviors

There is no cure for Autism. However, early intervention can help autistic people to cope better with their issues, learn important skills thereby improving quality of life.

People with ASD face stigma and discrimination in our society which calls for much-needed awareness of the disorder. They need psychosocial support, and nurturing environment from parents, friends, neighbors, and teachers to lead a happy life.