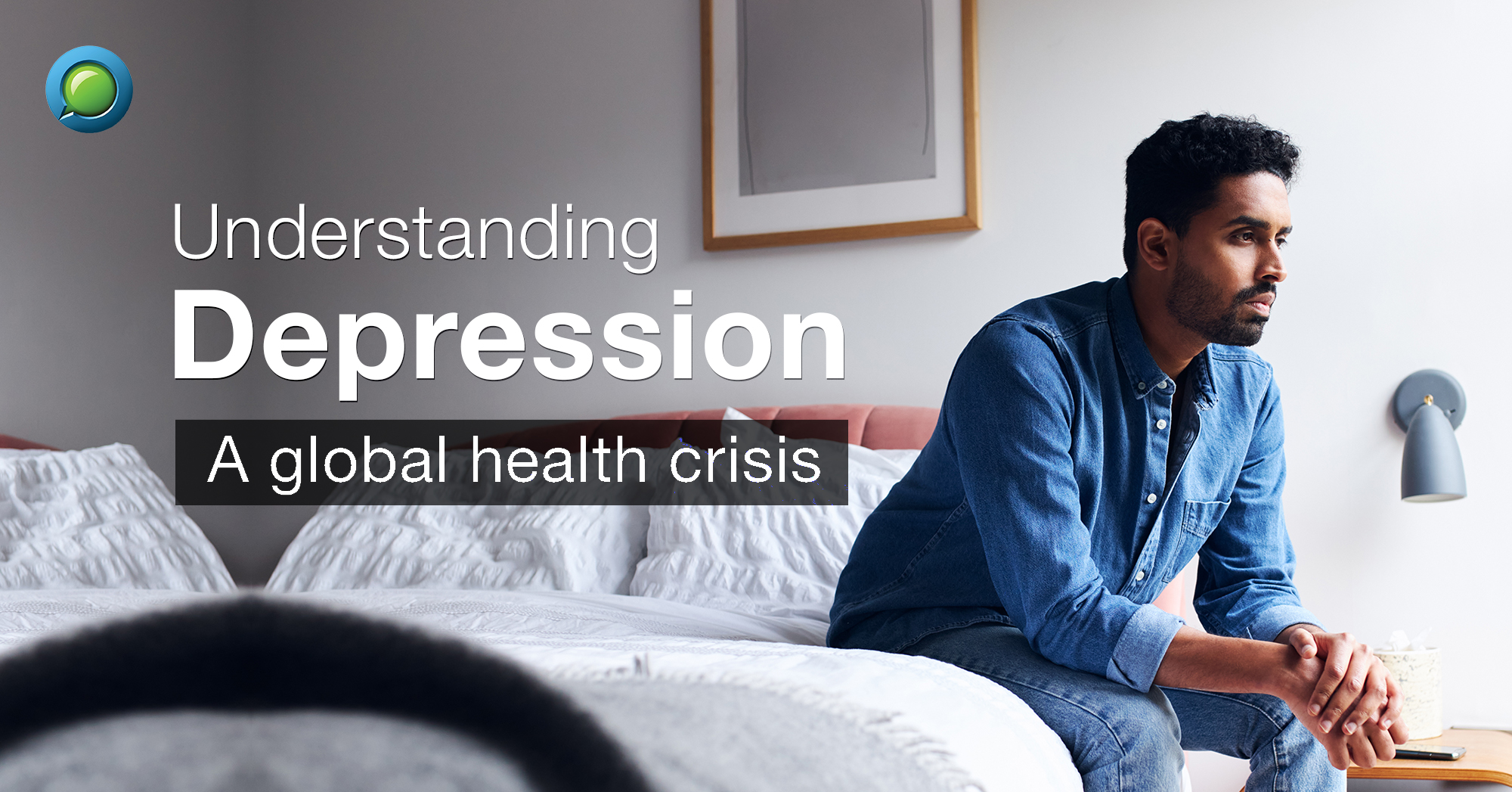 The state of persistent sadness, continuous low mood over a long period, and intense feeling of hopelessness that affects the overall well-being of an individual is classically characterized as Depression. But sometimes depression comes with a range of such symptoms that it becomes really difficult to identify it and sometimes people themselves try to hide it from others due to the stigma attached to it.

Depression is marked as the top cause of disability affecting more than 300 million people worldwide, out of which 56 million are Indians.

The pandemic has taken a huge toll on mental health and continues to do so, making mental health a global health crisis. 1 in 7 Indians have mental health issues and this number is increasing continuously with the majority of them suffering from depression. It’s noteworthy that not only adults suffer from depression. The National Mental Health Survey of India has reported that 3% of India's youth have experienced a major depressive episode.

Who is at higher risk of depression?

Figure 1: Prevalence of depression in Indians

Apart from the female gender, genetics also play a big role, which is evident from the fact that depression runs in the family, ie if a person has a strong family history then, environmental factors will have a greater impact in contributing to depression.

Low socioeconomic status and financial problems/unemployment can affect the peace of mind, especially when the person is highly vulnerable/anxiety-prone or has low self-esteem. Being a victim of childhood sexual abuse, experiencing domestic violence, and living separately/divorced are also some factors where a person has a higher tendency to lose courage in a stressful situation and become a victim of depression.

Importance and need of EARLY INTERVENTION in Depression

“Shall I tell or not, what will people think”, entangled in the loop of thoughts, and struggling with themselves, Depressed people hide their feelings and then do not seek any help, later on, it becomes late over time making it more difficult to recover.

Early intervention also means identifying the early symptoms of depression so that immediate steps can be taken.

What are the Early Warning Signs that need attention?

Sadness, extreme tiredness, persistent intense feelings of hopelessness, and worthlessness are classical signs of depression. It can make you helpless to such an extent that you cannot do any work, eat,sleep or have fun and eventually lose interest in all activities. These signs are obvious and general, but few signs are gender specific such as:

What can be done for Depression?

Incorporating healthy lifestyle habits such as having a nutritious & balanced diet, getting good sleep, practicing yoga& meditation to keep stress at bay, and setting goals can help to overcome and prevent depression

Don't be afraid to ask for help. It's not the end of the world. Talk to your loved ones and get in touch with our psychiatrist/psychologist @DocOnline for guidance.